What is COP26 and why is it important? 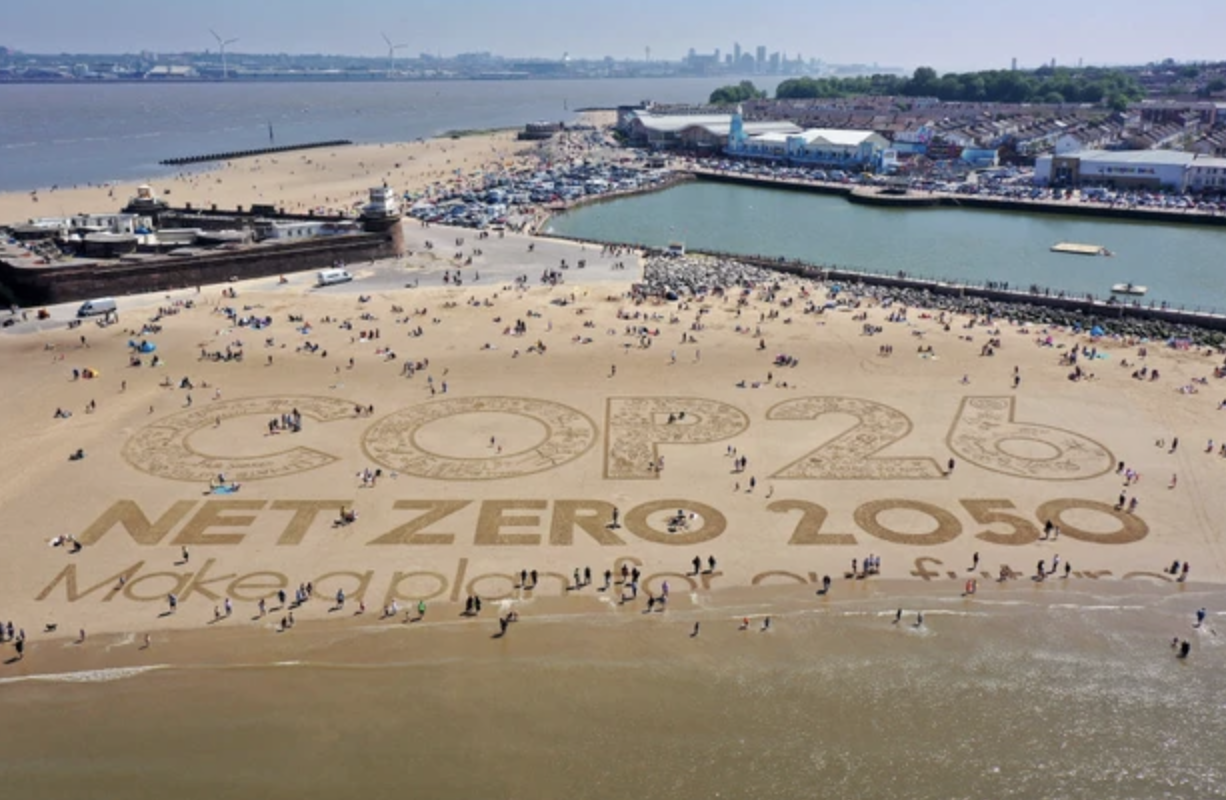 This November’s Conference of the Parties is critical for the future of the climate. Climate scientist Dr Tara Shine explains what COP26 is, when and where in the UK it’s being held, and why it’s so important.

This year’s Conference of the Parties is the most significant COP yet, being widely thought of as the last chance for world leaders to commit to action on climate change before we reach the 2030 deadline.

In her role as climate research scientist, Dr Tara Shine has attended several previous COP sessions. Here, she explains the background to COP26, its relevance and significance in the fight against global warming, and what the implications could be for the future of the planet and its wildlife.

Read on to find out what COP26 is, where in the UK it’s being held, how to attend the conference and why it’s so important for the future of the climate.

What is COP26 and what does it stand for?

COP stands for ‘Conference of the Parties’, and it’s the annual meeting of the countries that are members of the UN Climate Convention. These meetings have been taking place since the Convention was established in Rio in 1992.

Each year, negotiators from almost every country in the world decide what actions need to be taken under international law to protect our climate system and keep humanity, ecosystems and wildlife safe. Their discussions are informed by science, by a carefully negotiated agenda of topics, and by the politics of the day. If you are interested in geopolitics, attending a COP is a great way to see power, influence and alliances at work.

More than 20,000 delegates from 197 countries will descend on Glasgow for COP26, alongside some 120 heads of state.

Delegates are usually UN officials, negotiators representing their country (usually civil servants), and representatives of non-governmental organisations (NGOs) and inter-governmental organisations (IGOs) seeking to influence what those negotiators will discuss and decide. I’m lucky enough to have attended COPs wearing all of these hats, and to have borne witness to the many different perspectives, opinions and voices from all over the globe.

The fact that heads of state are attending COP26 is a nod to its importance. In some years, COPs dominate the news, while in others, there’s barely a whisper of a story. This reflects the political significance of what is on the agenda at this year’s COP.

When and where is COP26 being held?

The fact that the UK is hosting these talks is significant. They take place just a few months after scientists warn us in their latest report (the IPCC WG1) – yet again – that time is running out to change the way we treat our planet. As president of COP26, the UK can influence the outcome through the leadership example it sets, the diplomacy it carries out before COP, and through the way it chairs the summit when it meets.

COP26 is also an opportunity for the people of the UK to get involved with an international process that will not only dominate headlines around the world, but which also translates into policies and actions that affect people’s daily lives – from cycle paths to renewable energy; from wetland restoration to plant-based food.

The Glasgow COP will be a success for the UK if it increases the urgency and scale of climate action, and particularly if it engages more people in the UK and around the world in conversations about climate change and what we need to do.

Why is COP26 important?

COP26 is going to be a big one. This is the first COP since the Paris Agreement in 2015 (which set out to radically decrease emissions of greenhouse gases) that will see members return to the table to state exactly what more they will do to contain the increase in the global average temperature to below 2°C above pre-industrial levels, and to pursue efforts to limit that rise to 1.5°C.

The Paris Agreement created a legal framework for countries to submit the actions they will take, which boasts the catchy title of Nationally Determined Contributions (NDCs), and for these to be revisited every five years. COP26 marks a deadline: the first of those five-year periods is up.

The deadline has already been extended, thanks to the pandemic. The upside of that has been the gift of more time for the UK COP Presidency, and the UN to encourage countries to revise and update their NDCs. These pledges – plus longer-term plans to 2050 – are submitted to the UN so that they are visible to everyone, and so that citizens, NGOs and scientists can hold governments to account.

So far, 83 countries and the EU27 have revised their NDCs, however, not all have significantly increased their commitment, and many others have yet to say what more they will do. Work still remains to be done, then, to get countries to pledge further action. If not, we are on track to a world that is 3°C warmer.

What are the goals of COP26?

Phasing out carbon emissions – and phasing them out fast – is key. And that is the issue on the table for negotiations at COP26: getting countries to work together to halve global emissions by 2030 in order to keep that vital 1.5°C temperature goal within reach.

As well as reducing emissions, countries also have to adapt to the consequences of climate change. This means learning how to manage and minimise the damage inflicted by extreme events such as wildfires, floods and heatwaves, as well as adjusting to more gradual changes, including sea-level rise and altered growing seasons.

Critical to success in Glasgow is finance. Developed countries have committed to providing money, technology and capacity- building to developing countries, to support them as they shift away from a reliance on fossil fuels, and as they manage the impacts of climate change.

After all, some of the countries most vulnerable to climate change – including small island states and unindustrialised nations – have done little to cause the problem in the first place. This finance has been slow to come and, as a result, is destroying trust. This will be a significant discussion point at this year’s COP, since trust, collaboration and solidarity are critical to finding an international solution to this global problem.

We need to see the unbridled determination shown by Greta Thunberg and the children’s movement reflected by the delegates and heads of state in Glasgow this November. Nothing less will do.

Yes and no. In order to get through security and into a COP, each delegate must be registered with the United Nations (UN) and wear a badge that states what type of delegate they are. Accredited delegates have access to what is known as the Blue Zone – the area of the venue managed by the UN.

COPs also have a Green Zone, managed by the COP host (the Presidency), which resembles more of an expo, or possibly even a festival, with events for the wider public to get involved in. This year’s COP will be a hybrid event to some extent, due to the ongoing pandemic, so watch out for online events and register to take part.

For more information on how to get involved, go to the COP26 website.

Previous
Climate conversations: ‘The buck stops, with us, the grown-ups, right now’
Next
Interview on IPCC report with Philip Boucher Hayes