The clock is ticking: Can we really get climate change under control? 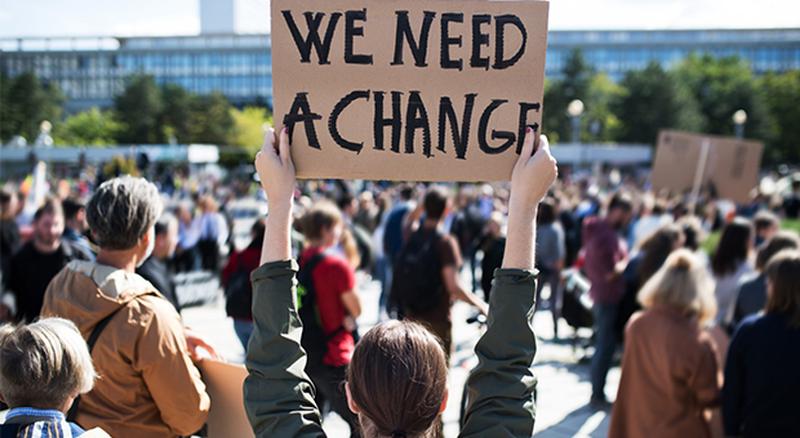 Climate change is real and it’s happening right now. From melting ice caps in the Arctic to localised flooding in Ireland. You simply need to turn on the news to see how it’s impacting people around the world.

While the issue might seem overwhelming and out of our control, we have one powerful tool in our arsenal – science.

Ahead of Science Week 2020, which runs from November 8-15, we decided to talk to environmental scientist, author and co-founder and director of Change by Degrees, Dr Tara Shine. Dr Shine has dedicated over 20 years of her life to the study of climate change and how it will affect different populations across the globe.

We caught up with her to find out the truth, can we really get climate change under control?

“We’re becoming more aware of it for a number of reasons,” Dr Shine explains. “From the climate side of things, we have more lived experience of what climate impacts are. When I started off doing this work years ago, I’d have to point to floods in Bangladesh or sea-level rise on small islands in Asia. Now I can say, look at the floods in Cork, look at the wildfires in California and Australia, it’s so much more relevant to people.

“Covid-19 has been a bit of a pause moment. It’s allowed people to think about what’s really important to them. That might be having a nice outdoor environment, time with your family, appreciating what you have and not needing to buy more. All of that is helping to bring people to the topic.”

A pandemic in a crisis

The current pandemic has also raised many important issues around climate change.

“The biggest positive for the environment is that Covid has shown us that dramatic change is possible,” Dr Shine states. “What we’ve seen over the last few months is that when you’re faced with an emergency, there’s nothing you can’t do both as a government and as individuals to make a change.

“We need to make drastic changes,” she continues. “If we just continue as we’re going, in the next 20 years we will have exceeded the safe levels of warming that the planet can sustain. We’ll have gone past 1.5 and possibly two degrees. We will have entered the period of runaway climate change where we will have changed the planet’s systems so much that it will react in very unpredictable ways. Basically, it means that it will be very dangerous for humanity. The time to act really is now.

Reimagining the world we want to live in

Dr Shine believes that we should use this moment in time to really think about the world we want to live in.

“I heard someone say that if we go back to normal it’s a failure of imagination,” she explains. “It would be a failure to go back to the way we were living before. We now have the freedom to imagine a better future and think about what we want that to look like. It really is super exciting.”

In order to do this, we need to embrace a little bit of blue-sky thinking and let go of our cynicism.

“Our cities at the moment accommodate cars. They’re not built to serve people. Imagine if we recreated cities so that they’re pedestrian-friendly, good for cyclists and have more green space.

Why don’t we have more gardens and grow our food within them?”

Taking the steps to get there

One of the biggest barriers standing in the way of this imagined future is apathy.

“We have to make the issue relevant to people’s daily lives,” Dr Shine explains. “For too long we’ve spoken about climate change as something in the future and something technical. In the past, we’ve used really impersonal language.”

In her book, ‘How To Save Your Planet One Object at a Time’, Dr Shine delves into this deeper, stating that we need to relook at every single object in our lives and how it affects the environment and climate.

“Ask yourself why something is so cheap,” she encourages. “Ask yourself what is it made of? Can it be reused or made into something else? Is it repairable? Then you can be way more informed.

“If you lead by example and perhaps cycle or walk to work, without preaching to people, you can share the benefits of that with the people around you. People should never underestimate their power to influence others.”

So, is time running out or can we really stop run-away climate change in its tracks? Thankfully, Dr Shine is hopeful.

“If we do nothing the future is bleak. If we don’t waste one day, one month or one minute of the next 10 years the future can be amazing.”

Science Week 2020 will run from November 8-15 and this year marks its 25th anniversary. Want to share your views on how science can shape our future? Visit our interactive platform and join the conversation at scienceweek.ie to share your vision for the future this Science Week! #BelieveinScience

This article has been amended from The Irish Times. You can find the original article here.

Previous
‘No going back to the office’: What you want to keep post-pandemic – and what you’ll leave behind
Next
Irish climate scientist takes senior role in climate crisis talks.