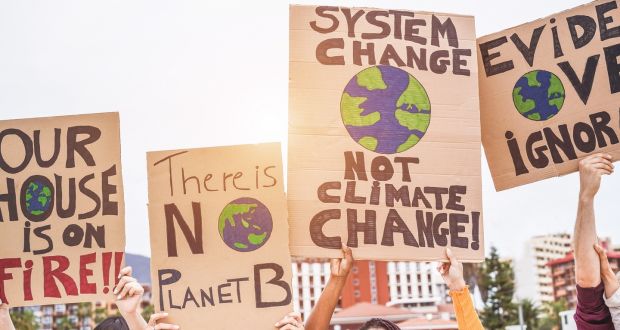 Anja Murray is an ecologist, an independent environmental policy analyst and broadcaster, with a love for the natural world. She has been active in promoting the importance of protecting natural ecosystems. Murray has been an expert presenter on the popular RTÉ One series Eco Eye since 2014. She is also creator and presenter of Nature File on Lyric FM, giving us a glimpse into Ireland’s natural world. She has worked with An Taisce and is a member of the Irish Environmental Network and the Irish Wildlife Trust. @MiseAnja

Founder of climatechange.ie, John Gibbons has been writing and speaking about climate-related issues for over a decade. He has amassed a great following on Twitter. Based in Dublin, Gibbons also maintains an environmental blog at thinkorswim.ie. Gibbons is a weekly environmental columnist with The Last Word with Matt Cooper and is a regular guest columnist with the Business Post, while continuing as an occasional Irish Times contributor. He has also written a chapter in the Routledge Handbook of Environmental Journalism (2020) covering the UK and Ireland. @think_or_swim

Peter Thorne is a professor of physical geography and climate scientist at Maynooth University. He leads the assessment of the changing state of the climate system for the next (sixth) UN Intergovernmental Panel on Climate Change report. He has contributed to numerous publications addressing the impact of climate change. His knowledge on the measurement of climate change is critical to determining where, how much and how fast the climate is changing worldwide. @climpeter

Marie Donnelly is now chairperson of the Climate Change Advisory Council. She spent 30 years with the European Commission, encompassing various roles that led her to director for renewables, energy efficiency and innovation. She strives to put energy efficiency first and would like to see Ireland as a global leader in renewable energies. Donnelly is a member of the Governance Committee of MaREI, and an advisory board member of UCD Energy Institute. Donnelly was the first chairperson of Renewable Energy Ireland – an open partnership of sustainable energy associations working collectively to support the energy transition in Ireland.

Dr Tara Shine is director of Change by Degrees and environment and development consultant. Dr Shine is an expert with more than 20 years’ experience in the fields of climate change, environment and sustainable development. Dr Shine has negotiated for the European Union at the United Nations, informed climate and environment policy at national and international level and advocated for equity and justice in global agreements. Dr Shine is co-founder of the community initiative Plastic Free Kinsale, which has mobilised a town of 5,000 people and a social media audience of half a million people to find alternatives to single-use plastics. Dr Shine presents wildlife and nature documentaries for the BBC and RTÉ. Dr Shine holds a BSc in environmental science and a PhD in geography from the University of Ulster. @shine_tara

Lyndsay Walsh is a climate policy adviser at Oxfam. Her work focuses on climate justice, with key areas of focus including loss and damage, climate finance and staying within 1.5 degrees Celsius. She completed An Taisce’s Climate Ambassador programme in 2019 and was presented with an outstanding achievement award for her incredible work in communicating climate change to the IMF/World Bank, leading ecological studies in the Amazon basin. In previous roles she has worked in the UN climate change group, helping low- and middle-income countries build their capacity to both reduce emissions and adapt to the impacts of climate change. @LyndsayWalsh4

This article has been amended from the Irish Times website. You can read the original article here.