Parents for the Planet: The Climate Strikes Give Me Conflicting Sentiments – The Irish Times 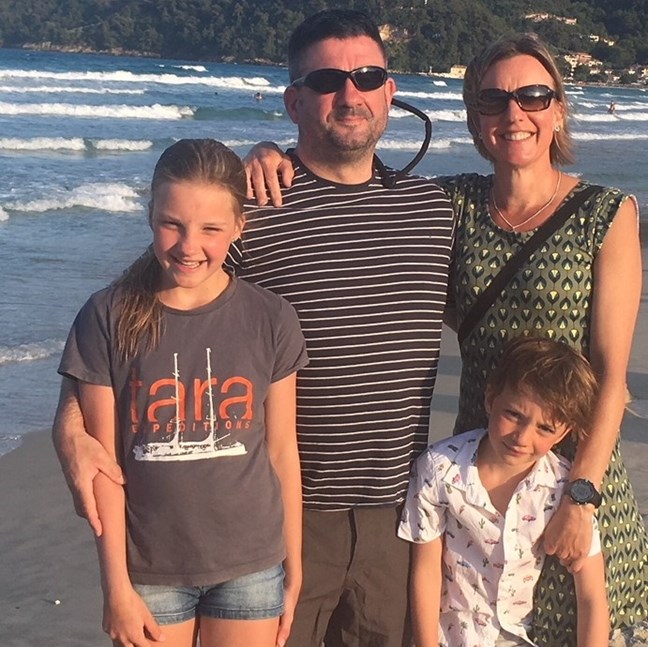 This article was written by Tara, but originally posted on the Irish Times Website. To read it from their page, click here.

There’s your ideal shopping, and then there’s the shopping you sometimes have to do. I think it’s important that people don’t beat themselves up. Even the most informed of us and the best-intentioned end up in a supermarket at ten o’clock at night and that’s ok; we’re all busy.

I do shop in a supermarket in Kinsale and I get veggies from a local farm; one friend goes to collect them for a group of us, so that’s very carbon-efficient because it’s only one journey to the farm. I buy everything locally: I don’t even drive into Cork to get things.

If I had more time, I’d grow more of my own food. I grow herbs and bits and bobs; I used to do more but this summer everything went out the window because I’ve been so busy. I’m writing a book that will be out next April that’s all about things you can do to live more sustainably, focused on everyday objects in your house. It will be super practical, but it will have all the science to back it up.

In terms of waste, it very much depends on where I’ve been able to do my shopping. On a week where I’ve shopped in small shops and been to get veg from the farmer, I’ve less packaging. If I’ve been rushing and have just gone to the supermarket, I end up with more packaging. My biggest constraint is time: when I have more time, I have less packaging and better quality food.

The kids have to put up with me: I’m militant about not throwing our food. Nothing gets wasted and everything gets valued, no matter if it comes from the farm or the supermarket. The kids know that there are some things that I just won’t buy, and they know why, even though they might think they’re a great treat. So they know I won’t buy chicken nuggets, for example. I’m sure they do really wish they had a mum that would buy chicken nuggets.

Nathan and Lauren are in third class and sixth class; because they’re in primary, the school climate strikes haven’t had a particular impact, although they did a little strike in the yard at their school. The climate strikes give me two conflicting sentiments: I’m really proud of young people for caring and speaking up and being part of the change that needs to happen, but it also makes me really cross with adults because it’s not for these kids to solve the problem. We need to do it, and we need to do it in the next ten years. I want us to solve it for them. I want them to be involved and engaged, but I don’t want them to bear the burden.

There are loads of kids with anxiety about global warming and that makes me so sad. But I think I would always be honest with children because they’re really clever. I think you have to explain the science of climate change, for all its scariness. Nathan and I were talking about how we only have until 2030 to make these changes or it’s too late, and he said to me, ‘but mum, I’ll only be 18 in 2030.’”

My kids are conflicted: they have a mum who works too much because she’d trying to play her part, and they want more of me, but they also understand what I do and why I do it.

I can say to them, ‘it’s not just me, it’s all my work friends and lots of people you know who are working hard to fix this,’ and I think that gives them hope. Its not like nothing is happening: lots of things are happening and they don’t have to worry about it all on their own.

We moved house three years ago. We thought about moving to the countryside and being able to build a really energy efficient home, or moving into Kinsale and being able to walk everywhere. So we went for Kinsale. We still do have two cars, but one of them is electric. I got a Leaf only a month ago, and I love it. There’s one non-negotiable thing, and it’s that we walk to school every single morning. We live a 20-minute walk away; it’s a car journey avoided, it’s better for our health and it’s a better start to the day.

I can do that most mornings because I work from home. I know that can’t work for everybody because some people are dropping their kids off on the way to work, but there might be other car journeys that can be cut out. My biggest wish for Kinsale is more footpaths. There’s no footpath to my kids’ school, or two of the other primary schools in Kinsale too. Imagine building schools and not building footpaths to them: it’s absolutely bonkers.

Jeremy still puts the wrong thing in the wrong bin sometimes, but on the big things we normally agree. I didn’t have to convince him that an electric car was a good idea or why it’s important to take the time to walk to school. He knows all that.

We spend most of our summer holidays in Donegal. That trip to Greece last year was our first sun holiday. And it rained in Greece while Ireland had a heat wave.

We’re a real family too and we face the same struggles as everyone else. If I had more time to repair, fix and maintain things, our family would be more sustainable. There’s always something that needs doing.

Dr Tara Shine is a broadcaster, an environmental scientist, a former UN climate negotiator and the co-founder of Change By Degrees and Plastic Free Kinsale. She’s currently writing a book on everyday household sustainability. Tara’s husband, Jeremy Gault, is a marine scientist who works with UCC’s MaREI Centre. They live in Kinsale and are parents to Lauren, 12, and Nathan, 8.