Book by Cork scientist shows us how to save the planet – one object at a time! 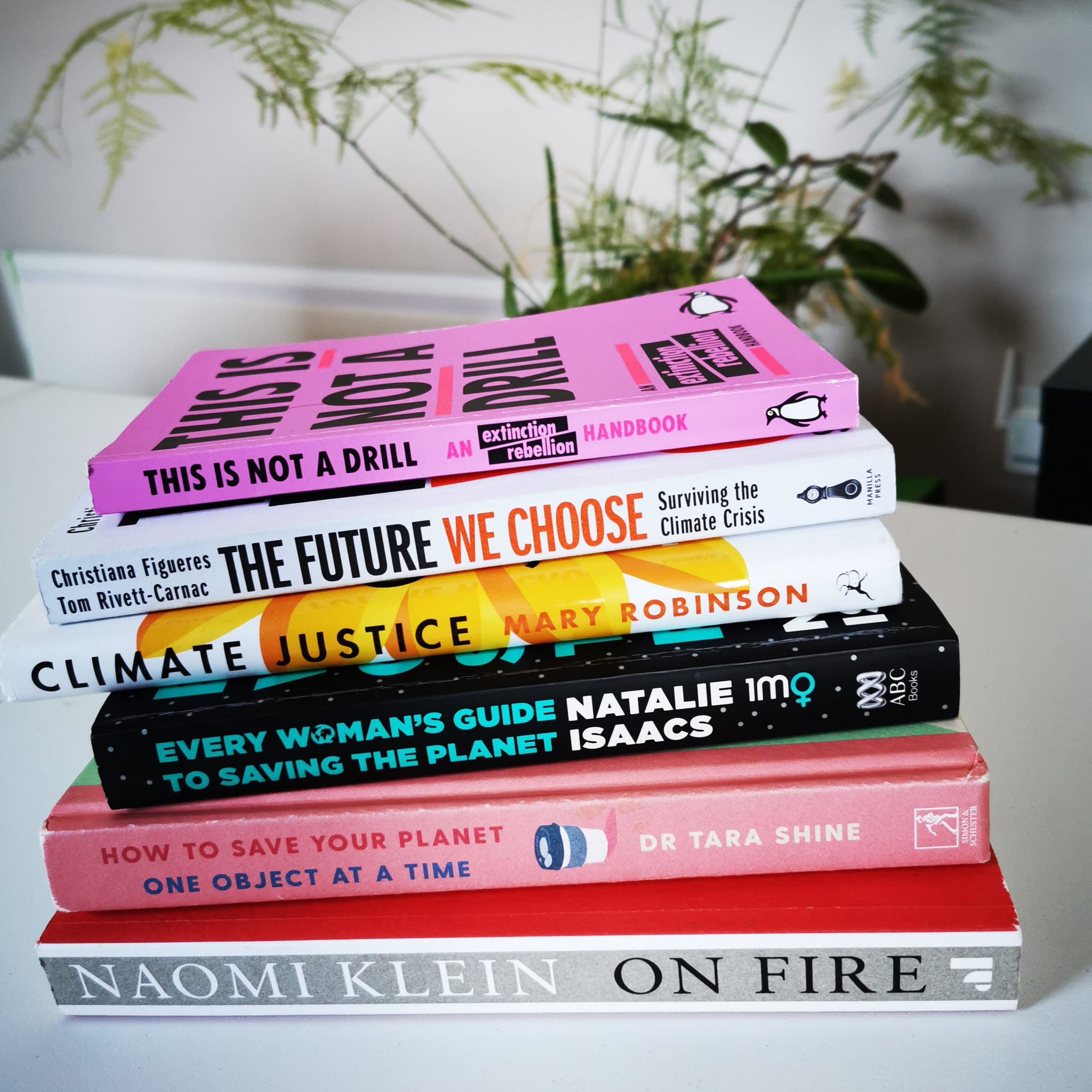 As Kinsale environmental scientist, Dr Tara Shine, launches her new book, she tells ELLIE O’BYRNE how it is possible to save the planet, one object at a time

MOST new authors won’t have given a huge amount of consideration to the carbon footprint of their latest book. But Kinsale-based environmental scientist Dr Tara Shine is not most authors.

“We couldn’t get the quality we needed in recycled paper, so it’s FSC-certified paper from a sustainable source,” Tara says.

“It’s printed with vegetable inks and there’s no laminate anywhere on the book, so it is fully recyclable.

“It was printed in Italy, so the carbon footprint is quite small for EU distribution, but that’s really interesting too. Where you print is tricky; this book is also being released in Australia and New Zealand so there is no perfect place to print it. It can be sent by ship rather than by plane, so it’s not quite the volume of transport emissions that you might imagine.”

Dr Tara Shine with her new book, How to Save Your Planeet, One Object at a Time’. Picture. John Allen

Tara’s new book, How To Save Your Planet, One Object At A Time, is a sustainability manual with a difference: it aims to break down the environmental impacts of all the objects that surround us, from drills to teabags to running gear to TVs, and to offer simple advice on how to make the best choices on each.

A mammoth research task, Tara’s book threw up several surprises for the former UN climate negotiator, not least of which was that, in terms of carbon emissions, physical books themselves may turn out to emit less carbon than e-books.

“Actually, if you read a book a lot and use it and pass it on to others, or use it as a reference book over the course of your lifetime, then the carbon footprint of a real book can be less than the cost of an online copy,” Tara explains.

“The carbon footprint of an e-reader is equivalent to 100 books, and to access an online copy, you have to power a machine to read it on. The book is held in the cloud and that takes power too.”

Tara, co-founder of environmental social enterprise Change By Degrees and mother of two, says the book’s concept came about through the single question that people asked her most: “what can I do?”

“The idea comes from years of working at a systemic level,” Tara says. “Even though I was working on the big picture stuff, everyone wanted to know what they could do. So this is my attempt to say, ‘don’t feel powerless in the face of the Climate Crisis: here are things you can do’.

“Feeling powerful at an individual level is important, and paradoxically, the Covid crisis shows this like nothing else. The government can set rules and regulations, but unless we all play our part, we won’t achieve the goal; that’s no different with climate change. We can set really ambitious targets to get to zero emissions by 2030, but none of that can happen unless we also get on our bike instead of getting in the car, reduce our emissions, eat local food. It’s not one or the other, it’s both.”

Under the Covid-19 restrictions, Tara, like so many others, has had to postpone plans for a physical book launch indefinitely, but has instead been producing a series of short podcasts and Youtube videos based on her book.

But unlike many, Tara feels there’s cause for optimism about the global impacts of the Covid-19 crisis: there’s an opportunity there, she believes, to push for real change as we rebuild our lives in years to come.

“We’re getting time to rediscover what we value most, and realising that we value time with our families most,” she says. “I really appreciate not having to travel for work. But also, we’re hearing birdsong we couldn’t hear before because it was drowned out by cars and we were too busy. We’re planting stuff in our gardens because we have the time to.

“We can’t go out and get stuff, so we have to reuse and fix things. I think lots of good could result if we could keep these values when we have whatever restart is going to come out of all of this.

Dr Tara Shine campaigning for climate action in the Antarctic.

“There’s huge opportunity to make a safer, cleaner, more sustainable world for all of us, that will be fairer and more equitable, but I think we’ll have to learn some lessons from this crisis.”

With an unprecedented economic recession now looming, the back-to-basics message of Tara’s book may prove welcome; although some of her advice is about how to purchase the most sustainable alternative, she’s quick to point out that the “most sustainable object is the one you already own.”

“This is not a licence to go shopping,” she says. “Repurpose things; so much of this is harking back to the frugality that our parents grew up with and it’s a lot about placing a value on things.”

Divided up into sections by which room in the house you can find each object, Tara dispenses practical advice that she hopes will be accessible even to the busiest households or those without a huge amount of financial resources at their disposal.

“One of the things that stands in people’s way is confusion over what’s right. So I’ve read all the stuff for you, and boiled it down into simple actions in this book. In the ‘what you can do’ sections, some things are ambitious but lots of the things are really easy and quite a lot of them actually save you money.

“This is real-world stuff; it’s not pie-in-the-sky. I live in a house in a housing estate that has problems with its insulation. We produce waste and I put my bin out. I’m not perfect and we don’t strive for perfection; we have an expression, perfect is a bully. Perfection doesn’t help people take the next step.

“The idea with this book is that you flick through it and pick up a couple of tips; you start small.”

How To Save Your Planet One Object At A Time by Dr Tara Shine is out now and available via online booksellers.

Go back to using cloths for cleaning, rather than kitchen roll, says Tara.

FIVE WAYS TO SAVE OUR PLANET, ONE ROOM AT A TIME

Deforestation, water consumption, and pollution from pulping and bleaching: disposable kitchen roll is a recent modern convenience with a heavy environmental impact.

Tara says: Go back to cotton cloths for wiping up spills, swap reusable lunchboxes instead of using kitchen roll as wrap, but if you must buy it, look for FSC-certification and recycle the inner tube when you’re finished with it.

The laundry detergents that enter waterways via our waste water contain surfactants, phosphates, enzymes and perfumes. They are extremely toxic to aquatic life and can persist in the environment for a long time.

Tara says: Find a phosphate-free, biodegradable detergent with plant-based surfactants. Measure your detergent and use it sparingly. Some shops are now offering refills on liquid laundry detergents.

Switch to LED bulbs, just make sure to dispose of them properly, says Tara.

20% of the world’s energy use is down to lighting, so the electricity used to power your bulbs will cause carbon emissions, but on top of this, the bulbs themselves contain heavy metals; while LEDs are most energy efficient, they are also most toxic if not recycled.

Tara says: Switch to LED bulbs, just make sure to dispose of them properly. Turn off lights when not in use and teach your kids to do the same. Switch to a renewable energy supplier.

The mixed materials of disposable razors — plastic, rubber, metal and now additives in lubricating strips — makes them unrecyclable, plus they come in packaging that also creates waste.

Tara says: Get a razor for life, where you change only the blade. These are now available entirely plastic-free. If you can’t do this, use razors with replaceable heads. There are some makes of disposable razor now available made from recycled plastic.

Duvets can be filled with synthetic fibres, or natural down from ducks and geese. Natural down is biodegradable but got a bad rep for cruelty following revelations that birds were being plucked alive to provide their feathers. A synthetic duvet can last five years, but a down duvet can last 40 years.

Tara says: Look after the duvet you have by airing it and minimising the damage it gets through washing by spot-cleaning spills and stains. Research to find a brand with a commitment to animal welfare if you opt for down.

This is not a licence to go shopping. Repurpose things; so much of this is harking back to the frugality that our parents grew up with.

Previous
Earth Day 2020: A global movement with the individual at its core
Next
How to Save Your Planet One Object At A Time Released!