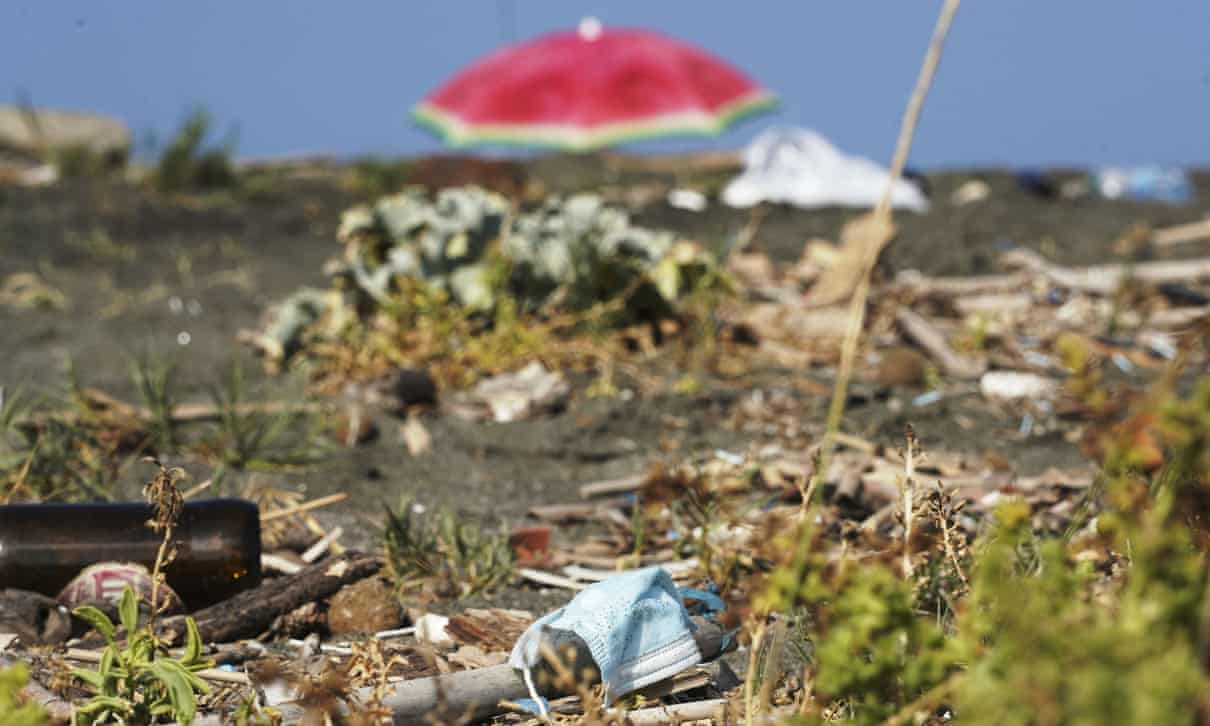 The talks, Planet Earth: A User’s Guide, will take audiences on a deep dive into our planet’s workings, from rock formation and Earth’s ancient climate, to the fundamental role of the oceans and the makeup of the air we breathe.

Each of the three lectures will be presented by a different scientist from a trio of experts: the oceanographer Dr Helen Czerski, environmental scientist Dr Tara Shine and geologist Prof Chris Jackson.

“What gets the three of us really excited is that we’re not going to tell you about all these parts in isolation, we’re trying to paint for you a picture of how our planetary system works and where we are as one species within that,” said Shine, speaking over Zoom from Ireland.

Joining the conversation with a large image of a bioluminescent bigfin squid behind her, Czerski said she hoped her lecture would encourage viewers to see oceans were more than just the “blue bit” of the planet but the heart of its engine.

“The reservoir of water the Earth has, that’s its battery of energy from the sun – it shifts, it carries heat, it holds heat, it moves it around, it moves chemistry around. If you didn’t have that the Earth would be uninhabitable,” she said.

While the Blue Planet series by David Attenborough in 2018 has been credited as fuelling a drive to reduce plastic waste, Czerski hopes this year’s lectures will trigger a bigger shift in how we view the oceans. “People were upset by the plastic. And that’s fine. But it’s not the point,” she said.

For Jackson, the lectures bring the opportunity to set out how the climate has changed over the planet’s 4.5bn-year history.

Understanding the Earth’s systems, and our impact on them, raises crucial questions.

“One of the excuses people give for not doing things about climate change is, ‘Oh, there’s this enormous system and it’s too hard or too expensive or too difficult to change it because that’s the way it is’,” Czerski said. “What’s happening now is that systems are having to change.”

“Covid is a restart button,” Shine said. The pandemic provided an opportunity to build on developments such as the EU green deal, while opening conversations about risk and resilience.

“To be resilient to the next pandemic we have to build some of the same core skills and capabilities that we need to be resilient to climate change,” she said, adding that such challenges were interconnected.

A growing body of research has found destruction of ecosystems allows animals that carry potentially deadly diseases to proliferate, increasing the risk of another pandemic.

But, Czerski stressed, Covid was far from welcome. “The scientists and the policymakers who are concerned about climate change are extremely sympathetic to the massive suffering a huge number of people have had through this pandemic,” she said.

“The entire point is that this is what societal change looks like when something changes.”