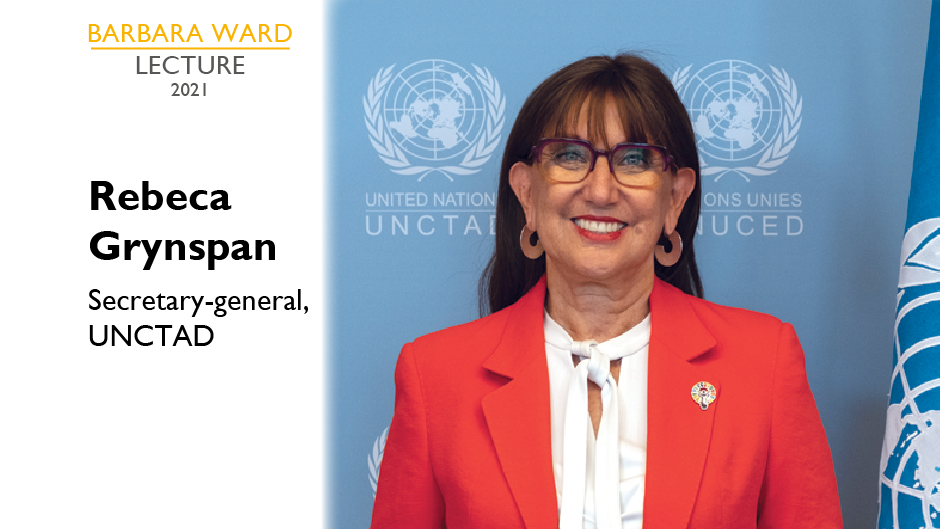 Rebeca Grynspan, the secretary-general of the United Nations Conference on Trade and Development (UNCTAD), delivered the 2021 Barbara Ward Lecture on Monday, 6 December.

UNCTAD secretary-general Rebeca Grynspan is an economist with three decades of ministerial and UN experience, who has championed finance for development and women’s leadership.

The focus of her 2021 Barbara Ward Lecture was: Costa Rica’s journey to global climate leadership – what can we learn from a good example?

Ms Grynspan outlined the major challenges in realising these important global goals and the lessons for others pursuing similar aims.

As UNCTAD’s new secretary-general – the first woman to take on this role – she has announced that she will fight for the women that will follow in her footsteps and bring the voice of the person on the street to the global stage. She says that trade impacts our lives every day, and at UNCTAD she aims to make trade more just and fairer for all citizens of the world – to have development that is resilient, inclusive and sustainable.

A former vice-president of Costa Rica, Ms Grynspan is a renowned advocate of human development and has helped to focus the world’s attention on issues such as the reduction of inequality and poverty, gender equality, South-South cooperation as a tool for development and the achievement of the UN Sustainable Development Goals.

Prior to joining UNCTAD, Ms Grynspan was the secretary-general of the Ibero-American General Secretariat from 2014-21 – again, the first woman to lead the organisation. She is also a former under secretary-general of the United Nations and associate administrator of the UN Development Programme (UNDP), and a former regional director for Latin America and the Caribbean for the organisation.

Opening the lecture Dr David Satterthwaite, senior fellow in the Human Settlements research group at IIED, reflected on working with Barbara Ward and 50 years of sustainable development. Dr Tara Shine, environmental scientist and chair of IIED’s board of trustees, then led an extensive question-and-answer session.

A detailed report is available of Grynspan’s speech tracing the story of Costa Rica’s journey from being a poor country of smallholder farmers to being a world leader on sustainable development and climate change.

You can watch an edited recording of the 2021 Barbara Ward Lecture below or on IIED’s YouTube channel, where you can also find links to take you straight to the contributions of each of the key speakers. 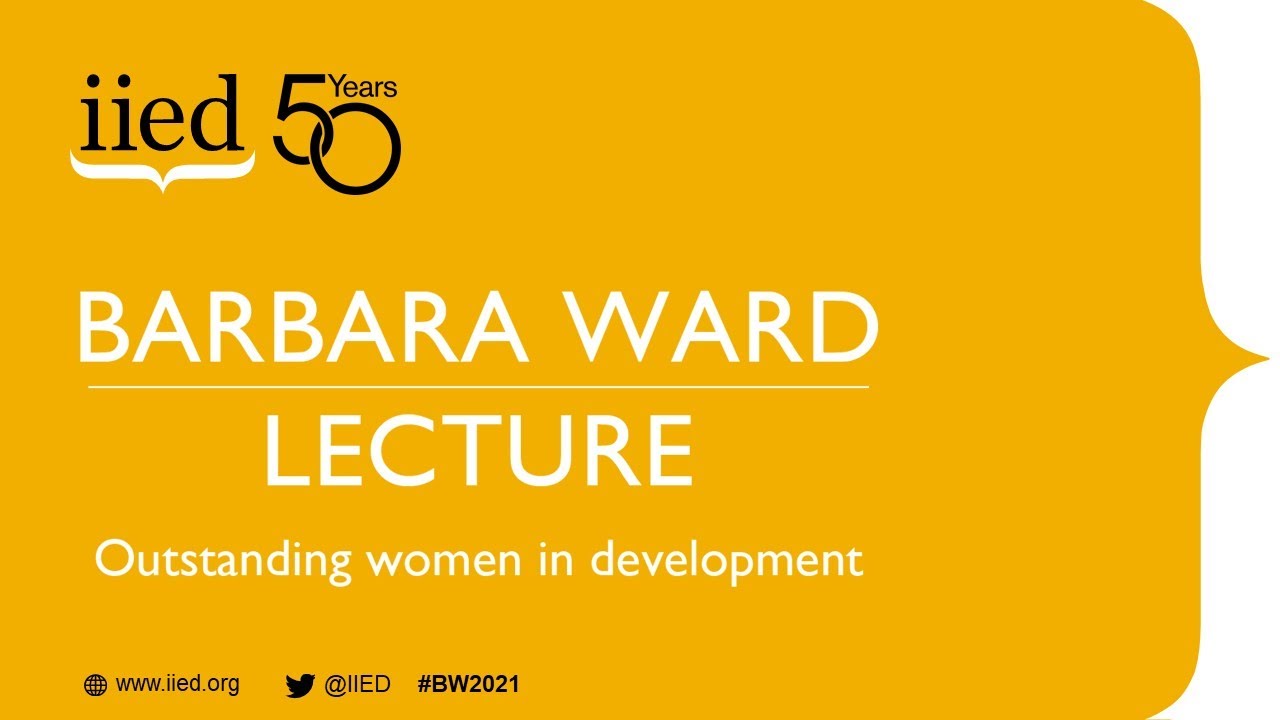