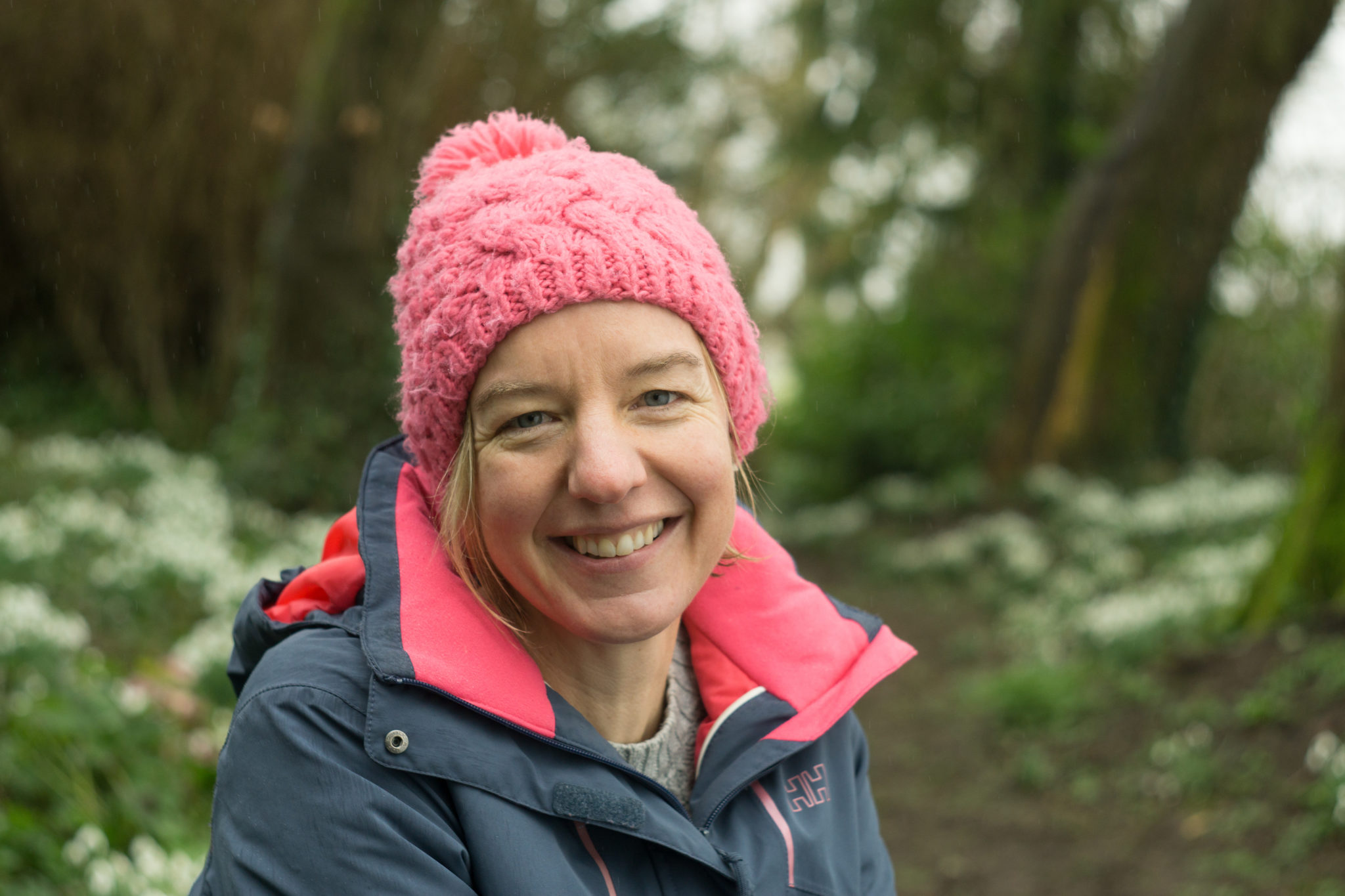 From wildlife to weather to the changing landscape, from farming cycles to nature’s ancient rhythms, each episode of A Wild Irish Year features the wild magic of one Irish season – three months of enormous transition sweeping across our island.

Starting Sunday 13th May on RTÉ One at 6:30pm, ‘A Wild Irish Year’ is a captivating new four-part series bringing us all across the country from our wild coasts, mountains and woodlands to farms, towns and cities. Increasingly we are retreating indoors and out of touch with the fabric of the land that sustains us. We sit in awe watching films detailing the wonders of the natural world, but as a nation often seem reluctant to get out and explore it for ourselves. Revealing the deep bonds our ancestors once had with the year’s natural cycles, this new series is a clarion call for people to renew connections with the stunning island we call home and the wildlife we share it with.

Across each episode the presenting team, Tara Shine, Rob Gandola and Eoin Warner, guide us through a single season showcasing some of our most spectacular natural events and meeting along the way a diverse range of people whose lives are still deeply connected to the changing seasons.

Celebrating the Best of Ireland’s Seasons

For a small island, Ireland is a place of remarkable natural beauty. Here, life is governed by the tilt of the earth and the angle of the sun, each season boasting a truly distinct character, each month bringing extraordinary transformation. Nature, agriculture, wildlife and humans shift simultaneously through the season’s gears, the budding flowers of spring coinciding with the sweet grass of the new year and the arrival of baby lambs. The palate and sounds of each programme reflect these changes, from the frisky calves and first swallows of spring, to the buzz of hot summer meadows, the cascades of autumn leaves and harvest fruits to the fresh crunch of Winter snow. The series offers a celebration of the wide-ranging beauty of our island as we journey through one year.

A Wild Irish Year is perfect family viewing, combining the award-winning beauty and high-end production values of Crossing the Line’s previous natural history series with a fun and energetic drive to get people excited and motivated to get outdoors and bring more of the natural world into their lives. Filmed over the course of a year, cutting edge camera technologies allowed the team to capture Ireland’s changing seasons in new and exciting ways. High-speed cameras slow down the frantic movements of Sandmartins and Swallows, tiny migrants that come all the way from Africa, incredible low-light technology reveals the Autumnal activity of a Badger sett, aerial footage offers a bird’s-eye-view of the shifting countryside below and timelapse photography accelerates the gradual changes in the weather and landscape to allow viewers the opportunity to watch as our island transforms through the year.

What better way to open the series than with Spring, the season of new beginnings, time to dust off the cobwebs and get outside again. As the countryside sheds its winter coat, the arrival of spring is heralded right across the island and our presenters will reveal the best our newly green countryside has to offer. From the glorious haze of a bluebell filled woodland, to the deafening dawn chorus of an April morning. From the mass gatherings of seals on our offshore islands to the gentle awakening of our humble garden snail, and from the arrival of our tiny migrants all the way from Africa to the first hatch of insects on our midland lakes, this episode will highlight the abundance of new life emerging all around us. Along the way we will explore our ancient seasonal traditions with the fire celebration of Bealtaine and meet people whose work is determined by the natural seasonal cycle. As the days lengthen and temperatures rise, nature springs into action.

Summertime and the Living is easy, so the famous lyrics claim, but not quite so for the natural world. As human family routines relax and the focus moves to holidays, the natural world cannot afford such luxuries and it pushes into overdrive. From nesting birds to hatching insects, feeding whales to playful cubs – the summer season is all about the next generation. In episode 2, Eoin shares his love of Bees as he reveals the complex process of honey making in his beehives. Tara brings us the story of the Curlew and its catastrophic decline in the Irish countryside, while Rob brings us his personal favourite Irish animals, lizards – both those with and without legs! We meet a sheep shearing family who travel the farms of Ireland getting their sheep ready for the summer ahead and a whale watcher who wandered onto the Dingle Peninsula 25 years ago and hasn’t left since.

Autumn is a season of change, migration and frantic activity in the natural world. As days shorten, it’s fight or flight time. The animals who travel must prepare for the journey ahead and those that stay must build up food reserves to see them through to the following spring. We visit a woodland to reveal the autumn palette in all its glory. Stunning fungi emerge from rotting vegetation, deciduous trees put on a dazzling display of colour and our native red squirrel scamper through, stockpiling for the months ahead. We meet a family of lively badgers who make the most of the milder Autumn nights to fatten up. We take a look at our night sky and why Autumn is the best time of year to take a closer look at our tiny corner of this universe. As a change sweeps across the landscape our presenters will be right there following the wildlife as they migrate, adapt and prepare to batten down the hatches and ensure their survival.

As we retreat indoors and turn up the heat, our resident wildlife must remain outdoors, braving the harsh weather ahead. Those who can prepare, do, before retreating to the relative comfort of their Winter refuge. Others must struggle on and adapt to the harsh conditions ahead, when food is scarce and the weather develops a mean streak/bares its teeth. In this final episode we will take a look at Ireland’s smallest mammal, the Pygmy Shrew. These little warriors must struggle on throughout the winter, feeding around the clock. We follow a fisherman as he departs the unpredictable Donegal coast for a 12-hour shift and meet a farmer who spends his winter preparing his farm for the year ahead. And as Spring beckons, a sound echoes through the woods of Wicklow, not heard in Ireland for several hundred years, the drumming of Woodpeckers is a welcome indication that Winter is finally drawing to a close, with the promise of Spring stretching out ahead.

Rob Gandola is a PhD student at University College Dublin. He works on the ecology and conservation status of the Nile crocodile in Madagascar, working in conjunction with Operation Wallacea as their Senior Herpetologist. Rob is from north Dublin city, and completed his degree in Zoology in UCD in 2004. Rob has contributed to many natural history programmes, including ‘Wild Cities’ and ‘Living the Wildlife’ for RTE Television and ‘Nature on One’ for RTE Radio 1. Rob is also Senior Scientific Officer for the Irish Herpetological Society.

Dr Tara Shine is an environmental scientist with 20 years’ experience working in the fields of climate change, environment and development. Tara is Special Adviser to the Mary Robinson Foundation – Climate Justice, and also advises governments, multilateral agencies and civil society organisations on climate change, environmental policy and development assistance. Tara holds a BSc in Environmental Science and a PhD in Geography from the University of Ulster. She has contributed to research, policy and teaching in countries in Africa, Asia and Europe.

Eoin Warner has spent over 30 years exploring and studying wildlife, travelling all seven continents from Antarctica to Indonesia and observing wild animals in their natural habitats. Growing up on the West Cork coast provided him with abundant opportunities to intimately observe Ireland’s outdoors and he has lived in the West Kerry Gaeltacht of Corca Dhuibhne studying the Irish language and the rich diversity of local wildlife. A keen forager, fisherman and beekeeper, he is passionate about the provenance of our food and the sustainability of its production. Eoin actively promotes wildlife education in schools and is dedicated to environmental awareness by bringing nature into our classrooms. Eoin recently presented the critically acclaimed natural history series Éire Fhiáin for TG4.

About the Production Company:

Crossing the Line Productions is one of the world’s most highly regarded documentary production companies in the wildlife and science genres, specialising in highly crafted films featuring powerful stories from the natural world. 2017 saw our multi-award winning film ‘The Farthest’ on the Voyager space mission enjoy international success winning praise from critics and audiences alike. Another 2017 company production made for TG4, BBC & PBS was ‘Wild Ireland’, a 2 part natural history series on Ireland’s Atlantic Coast which took home the UK’s most prestigious documentary prize – a Grierson Award, beating the BBC’s famed Planet Earth 2 series in the process. In recent years, the company has received 5 Emmy nominations in the USA and won best wildlife film in the world for 3 years running at the ‘Oscars’ of the genre – the Jackson Hole Wildlife Film Festival in Wyoming USA and the Wildscreen Film Festival in the UK. Other past productions include the RTÉ series Wild Cities and the internationally acclaimed documentary on the River Shannon, On a River in Ireland.

Notes to the Editor:

Previous
Climate Warning from the Antartic
Next
National Biodiversity Conference